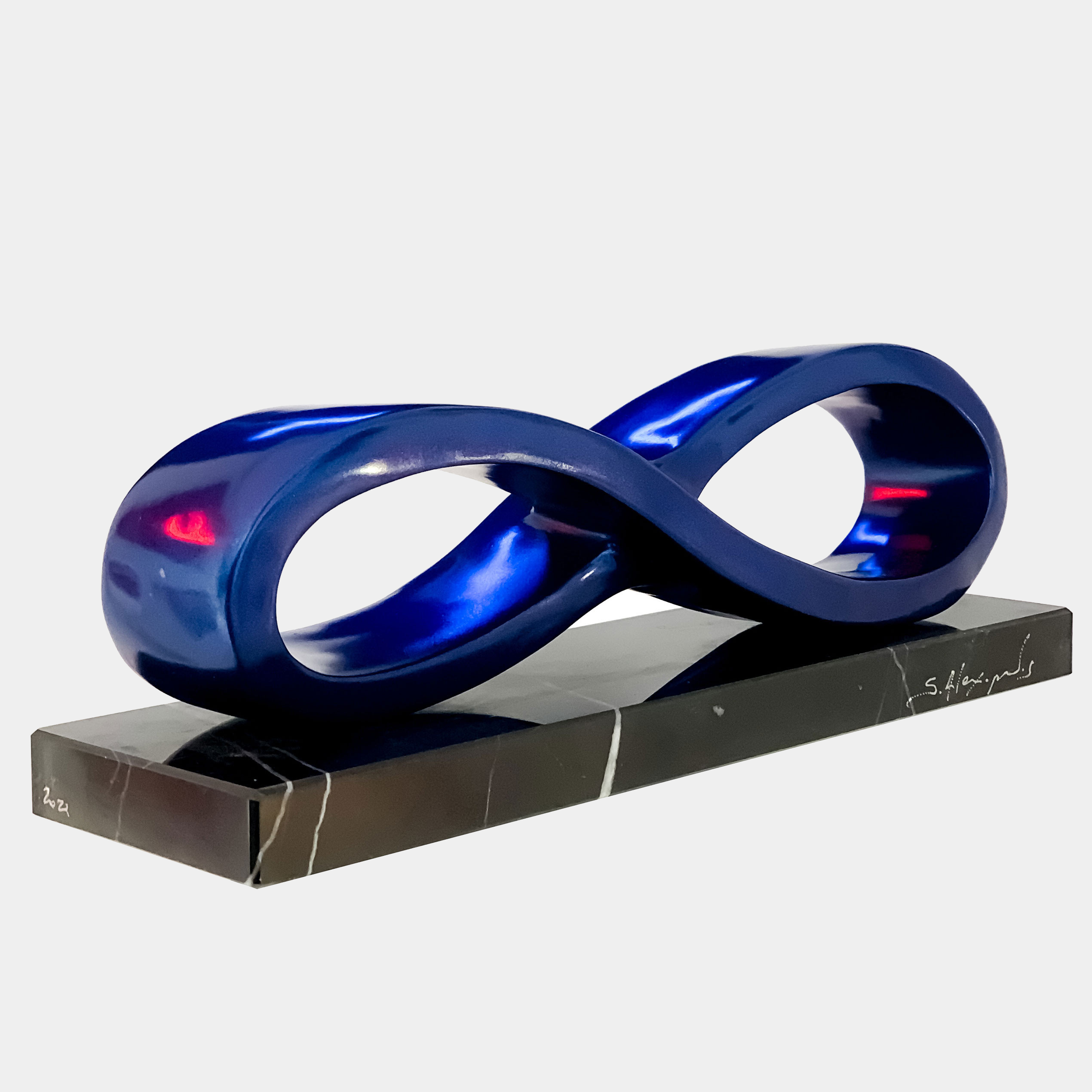 Stathis Alexopoulos (1976) was born in Athens where he currently lives and works. He studied sculpture at the School of Fine Arts of Tinos and then at the Fine Art School of Aristotle University of Thessaloniki where he graduated with distinction. He has participated in many group exhibitions and he won numerous awards in Greek and international sculpture symposiums.

His work links the past with the present bringing together the concepts of time and art. His sculptures are characterised by hubs, which are formed by blending belts and stripes, encircled and embraced eternally. This is the artist's attempt to redefine the form and hold it captive through the time. He is known for his Yves Klein Blue sculptures using a colour that the artist finds stimulating and inspiring.

Alexopoulos contemplates that contemporary sculpture must keep its foundations in the persistent values of classical sculpture since the form has the power to define the artwork's meaning and mission. He therefore positions the art of sculpture within the rules of contemporary design. Being intrigued by the design and manufacture of utility objects, he considers them as works of art.

His creations are hosted in private collections and can be found in major museums art shops in Greece and abroad. These include the Macedonian Museum of Contemporary Art, Benaki Museum, Theocharakis Foundation, Ianos shop and N Design & ART in Cyprus. His pubic work creations decorate many big Municipalities of Greece and he has co-operated creatively with big companies in their advertising campaigns.

2009: The Importance of Integration, An artistic intervention with main subject: the bench, an initiative of Kethea, Macedonian Museum of Contemporary Art, Thessaloniki – Greece.

Historic Meeting of Alexander the Great to the Philosopher Diogenes project (distinction), Pan-Hellenic Art Competition in the Municipality of Korinthos, Greece.

Love me in plexiglass box (L)

Love me in plexiglass box (M) 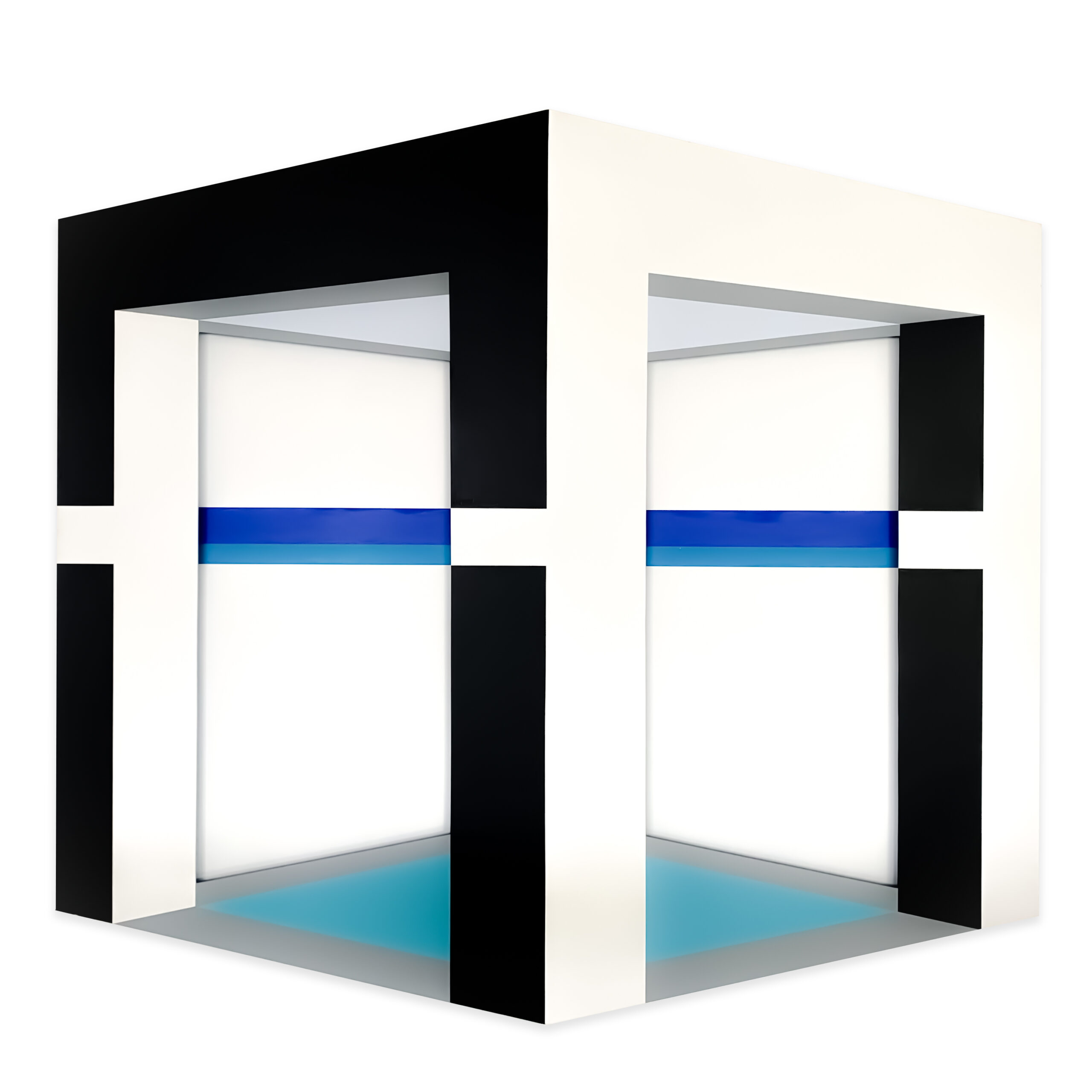 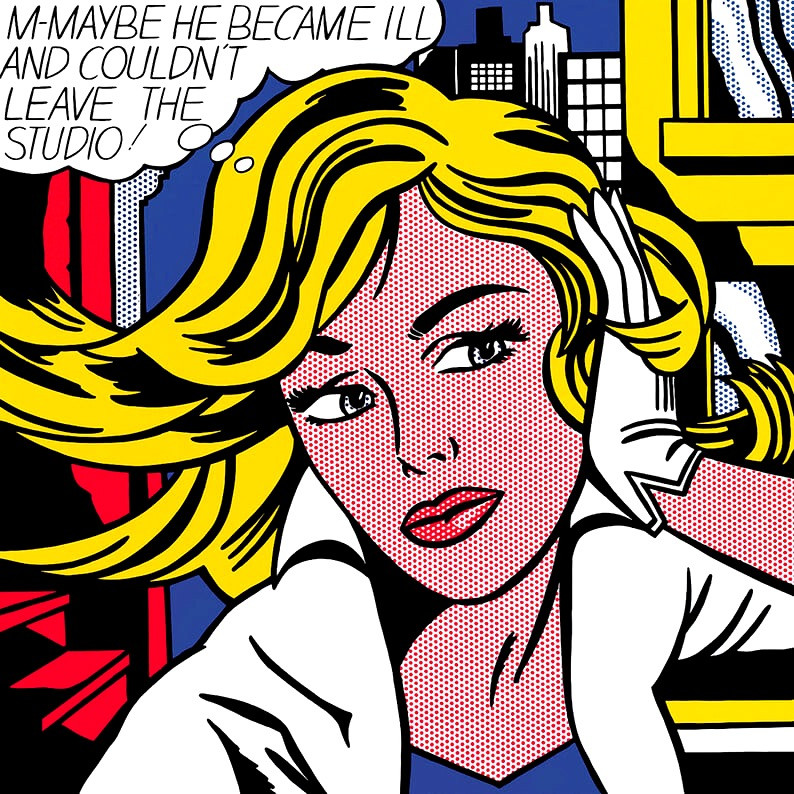